Fear Of A Craft Beer Planet is a craft beer podcast for music fans. Using their expertise in beer and music, these three lifelong friends Jay Rose, Rob Forczek, & James “Richard” Rabic bring brewers and beers to every episode, while providing insider knowledge on the exploding craft beer industry. The podcast is a part of the Osiris Media Network which is a national network that partners with JamBase.com. The show works because Richard is a beer novice while Jay Rose and Rob have seen the craft beer business grow up and become what it is today. They approach the show in the same way they would approach improvising on stage as musicians; not much planning and minimal actual “show prep.” It’s a free-wheeling conversation about beer, the business of beer, and the parallels between the beer business and the music business. Beers are consumed and discussed, stories are told, and hopefully lessons are learned. Hopefully.... 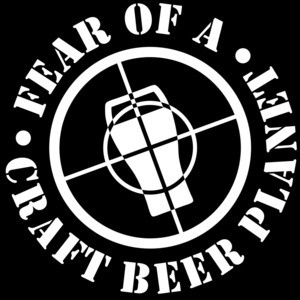 As hard seltzers continue to gain in popularity because of the low carb, no sugar bit, a new category has emerged in their wake. The "Better For You" category. (notice it's not the GOOD for you category, because it's BETTER for you than saaaaaay beer and spirits) This category has slowly and quietly been building in popularity over the last few months. One of the break out brands in the category is a Hard Kombucha from the West Coast called Flying Embers. Brendan McLane, Director Of Sales for the East for Flying Embers, sits in and explains what Hard Kombucha is, how it's made, and why it's better for you. It's a pretty cool story, be on the look out for Flying Embers at your local spot. Show starts 32 minutes in after Richard's Green Room segment.